This course draws delegates from across the globe.  Here is a report by Dr Bruce Loder, an American GP who works internationally.  He explains who he is and why he went on the AFMS Medical French course not once but twice:

Why would a small town GP from Kansas who speaks American English in New Zealand or Spanish in El Salvador and Mexico want to travel to France for the Anglo French Medical Society Weekend Course in Medical French?

My story of being at this course began as a 4 year old child in rural Kansas, USA, deciding to study medicine someday because I was fascinated by our family doctor explaining to me how he was going to suture my lacerated forehead.  But along the way, in my early teenage years, I read books by Drs. Albert Schweitzer and Tom Dooley and started to dream about practicing medicine in countries that were in turmoil or suffering from the effects of being low resource countries where access to medical care was limited.

At our monthly medical staff meetings in New Zealand, we were a small group of GPs, one each from New Zealand, Australia, Scotland, America, Ireland, UK, Norway, and South Africa.  All of us grew up speaking English, but we sounded as though we barely shared a common language with eight different accents bouncing around the room. We could have made some money uploading a video clip to YouTube or Comedy Central.  But we learned to communicate with our patients and with each other.

I still haven’t practiced medicine in a French speaking country, but that will happen someday. I have worked in El Salvador, Honduras, Guatemala, Mexico, and Nicaragua, speaking Spanish in those settings.  Meanwhile I practice medicine as a GP locum in Alaska, Guam (Micronesia), New Zealand, and Kansas whilst speaking American English.  With today’s phone apps, I can study French and listen to current news in French as I get comfy at night in my sleeping bag on the floor of a clinic on a remote Bering Sea island off the coast of Russia in my job with the Siberian Yupik and the Inupiaq populations of Alaska.

The Weekend Course in Medical French isn’t about learning to speak French or memorizing the parts of the body or disease names in the French language, although we must do that.  But learning to communicate with the patients and our coworkers in French is where this course shines for medical personnel with widely varying levels of French language fluency.

The course is full of humor, hard work, good food, and excitement along with exposure to other people who are doing some pretty awesome things.  The tutors at this course are amazing humans with successful integration of the French and English languages into their daily work and personal lives. They are authors of books, professors, humanitarians, and I swear – sometimes stand-up comedians. You will laugh hard, end the days with a tired brain, and meet some fantastic people at this course, as you learn to speak “Medical French”. 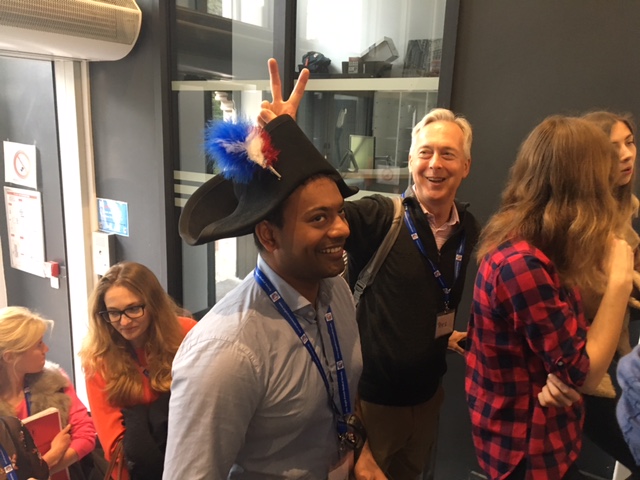