This established and highly regarded course provides essential medical French and the confidence to use it. It is invaluable for doctors and medical students intending to study or work clinically in French-speaking countries or with organisations such as Médecins sans Frontières.

Teaching is in small groups, according to the level of spoken French-speaking; all levels from basic (GCSE/O-Level) to fluent are accommodated. Tutors are experienced teachers, including French-speaking doctors, professional linguists and UK-trained doctors who have worked in France.

Founded in 1992, the course continues to prove a popular springboard for those wishing to work in French.

In 2012, Zara Bieler, a British GP with experience both training and working in France and UK, became course organiser.

For the second year, due to their popularity, the course will also offer a choice of workshops as well as the tutorials. 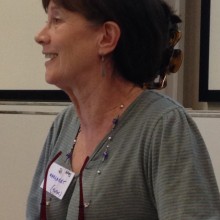 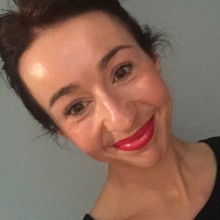 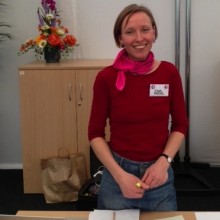 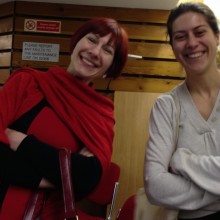 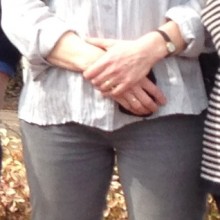 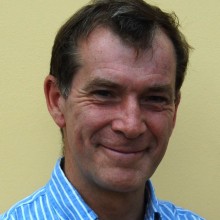 worked for 20 years as a GP Principal in South Manchester, with special interests in Minor Surgery and Dermatology and latterly, taking on the role of Commissioning lead in Urology and Gynaecology, before moving to France in January 2013. She is now working as a Hospital Practitioner in the PASS (Permanence d’Accès aux Soins de Santé) at the Centre Hospitalier Universitaire (CHU) Limoges, treating asylum seekers and new arrivals to the country who need health care but lack medical cover. She also works as a GP locum in France.

Margaret Cant worked for 20 years as a GP Principal in South Manchester, with special interests in Minor Surgery and Dermatology and latterly, taking on the role of Commissioning lead in Urology and Gynaecology, before moving to France in January 2013. She is now working as a Hospital Practitioner in the PASS (Permanence d’Accès aux Soins de Santé) at the Centre Hospitalier Universitaire (CHU) Limoges, treating asylum seekers and new arrivals to the country who need health care but lack medical cover. She also works as a GP locum in France.

Brice Rodriguez will be teaching for the 11th time on the course. A consultant in Obstetrics and Gynaecology, a French national, born in Strasbourg where he attended medical school, he completed specialist training in the UK. Brice has worked on both sides of La Manche and has a good understanding of both healthcare systems. In his last French posting he set up the O+G provision in a new French regional hospital. His teaching style is very popular, involving role-play of real clinical scenarios, interpretation of results, and presentation of cases.

Gareth Williams a former President of the Anglo-French Medical Society, founded the Medical French Course 22 years ago. Formerly Dean and now Emeritus Professor of Medicine at Bristol, he has an Honorary Doctorate from the University of Angers for his work in European medical education. Inspired by a spell in Geneva as a junior doctor, he has set up and encouraged European activities for medical students in Liverpool and Bristol, ranging from Erasmus exchanges to Student-Selected Research projects. Gareth has a love of languages, teaching, playing music and writing (from medical textbooks to popular books about the history of smallpox, polio and the Loch Ness Monster).  He was also a co-author with the first dog to publish a paper cited on Medline.

Nia Griffith Nia Griffith is a consultant anaesthetist at North Bristol NHS Trust. She has spent two year-long spells living a working in France in her speciality of anaesthetics. Back in 1992 she had her first taste of the french medical system as a naïve faisant fonction d’interne (F1) in cardiac anaesthesia and ICU in Lyon and more recently in 2010 took a sabbatical, working as an attaché (locum trust grade Dr) in Toulouse in the main urology centre. She was there with her husband and had children in local junior and secondary school and has a real insight into the realities of family life in France. She is an experienced tutor on the Medical French course, covering emergency medecine from a working perspective. At school she was not a natural linguist, so she learnt the language on the job and has even obtained the Diploma in French Studies DEFF B2. She has been through the hoops of getting into the french medical system and has been registered with the L’Ordre des Medecins and is happy to advise and help doctors wanting to work in hospitals in France.

Aurore Grandidier is an experienced linguist and teacher. A French native speaker from Lorraine, she originally studied English at the University of Nancy in order to become an English teacher in France, but had a change of heart when she came to England 8 years ago. She worked at the University of Liverpool as a language tutor and completed my PGCE the following year. This year will be Aurore’s 9th year being a tutor at the Medical French Weekend, an event that she very much looks forward to every year. With French as her mother tongue, and her teaching skills, Aurore tackles the specialty of Psychiatry.

Una McNelis Consultant Anaesthetist in the North East, worked in Nancy for a year in 2012.   By day, she learned regional anaesthetic techniques in La Clinique Emile Galle – a clinic reputed for its Chirurgie de la main service.  By night, she was senior on – call in the CHU, linguistically and culturally thrown in at the deep end.  Nothing quite focuses the mind like managing emergencies in Traumatologie, Orthopedie and Digestif three months into your stay in a foreign country and in the wee hours of the morning….. But the enriching experience of her year in France meant that it was worth every minute! Una joins us a tutor in 2015.

Arunkumar Krishnakumar is a French medical student doing his degree at Newcastle University.   He joins us for the first time in 2015. He will be helping animate tutorials in his perfect French and will give us an insight into the challenges and practicalities of working and studying medicine in a second language.

Elena Hazelgrove-Planel is a bilingual GP trainee working in Bristol who has a wealth of enthusiasm and great teaching skills. She has dual French-British Nationality and spent a year as a medical student at Bordeaux University, then six months as a junior doctor (interne) in the French Island of Guadeloupe after passing the French “Internat” exam. Although spending the majority of her training in the UK, she is keen to continue moving between the two countries.

Dr Mireille Sweeney is a single handed GP in Donegal Ireland. Mireille is French and arrived in Ireland as a medical student. She completed her training in Ireland and is author of a successful book on Medical English for our French colleagues. She is also GP trainer and joins us for the second time in 2015.

Dr Zara Bieler is a Freelance GP who trained both in France and the UK. She has worked in French hospitals as a junior doctor and has locumed in France as a GP. Originally from Belfast, Zara has always had a passion for languages and loves teaching. She spends part of each year in France and also locums on the Welsh border. She has been teaching on the course since 2011 and became course organizer in 2012.